Yesterday I mentioned that I had made some cheeze from The Ultimate Uncheese Cookbook that I borrowed from my friends A & C.

I made two different lots, a colby uncheese and a mozzarella type uncheese (laziness prevents me from telling you the exact name of the recipe - I'm in bed and I'm not moving, not even for you!).

We have only tried the colby, we had it on grilled toasties for breakfast. It looked like this when I took it out of its container this morning: 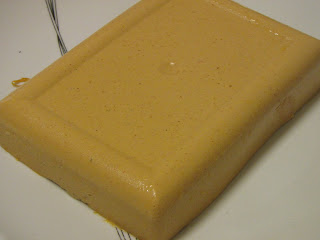 And then like this after a stint under the grill: 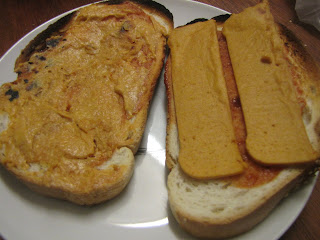 I smooshed one to see if the different texture mattered. Turns out it didn't! To me, anyway! Baby preferred it smooshed, but she wasn't keen on the plain tomato sauce without cheeze. The kids wanted tomato sauce under their cheeze, Popeye had his plain, and I had good old vegemite.

It was really good! Then we had a slice or two in our sndwiches for lunch today. Mmmmm. Popeye said it tasted like American Cheese, but since I have never tasted American Cheese before I'll take his word for it! I really liked it. The cheeze lasts 5-7 days in the fridge and is really easy to make. I'm thinking that I will make it on a Sunday night so we can have it during the week for lunches. The cook book gives many variations of this cheeze to try, so we are going to try them all and see which we like best.

The mozz is for pizza, which I am planning to have tomorrow night. So I'll tell you about it then.

I attended a really fun potluck at the park tonight. There was so much yummy food! And really great company! I didn't take any photos, except of my own before I left. I took: 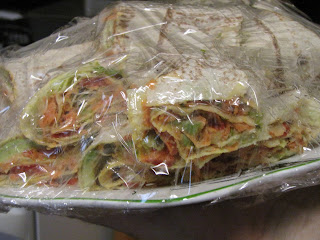 Roasted Capsicum Wraps (which went a bit softer than I expected, but in a yummy way) from The Vegan Table 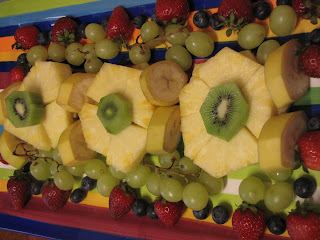 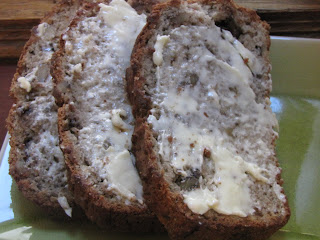 I'll link to the other great blogs when the photos go up (and I'm getting tired and even more lazy).

Thanks for the invite guys, we had a great night (the kids didn't even want to leave!!).

you're my hero tahn! I hope I make half the parent you are... your kids are beautiful and you're great!

it was awesome meeting you xo Carla

aww, shucks Carla! Are you sure you got the right person? I was the one sitting next to you with the curly hair. He he.

It was great meeting you too. I hope we catch up again soon! I enjoyed our conversations.

PS. What the hell are you doing up at this time in the morning??!!

Your chocolate banana bread was delicious! I think I need to get the uncheese cookbook - sounds great.

I ditto that about the chocolate banana bread... AMAZING! Lovely to meet you and your family yesterday, too.

The fruit platter was great, too - a much-needed break from some of the richer offerings. I think I single-handedly ate most of that pineapple!

I hope we'll see you all again soon at another potluck, especially since you'll be staying in the neighbourhood. :-)

The cheese looks interesting, I'm thinking about having a cheese themed potluck once I finish my thesis.
I'm not sure how I missed out on the chocolate banana bread? It must have eaten eaten quickly. Great hanging out with you yesterday and thanks again for the cheesecake ball recipe!

Great to see you again! Lots of fun (and the wraps were deliciousness)

Thanks! I am definitely going to print these out and stick them in my kitchen with the other cartoons that inspire me! Ha ha (I have one about obesity and where do vegans get their protein?, a trendy wendy one that says 'I understand but I don't care' and a cyanide and happiness one about me not being anyone's bitch!)

It was absolutely fantastic to meet all of you too! Let's do it again sometime (soon!).

Sounds like Miss T and I were the only vegans in the whole of Melbourne who didn't make it. Uncool. Whens the next one???
Weren't we gonna have a Shakahari meetup too?

Shame you missed it Niki!

I hope there is another one soon, too, although I will have to pass on the Shakahari meetup. Too expensive for us all! (or I could try to convince Popeye to stay home with the kiddies!)

I will break my too-lazy-to-comment rule to say the banana bread was so good! Probably the reason that Kristy didn't get any is because Craig and I had 2 pieces between us - that is a large portion of a commodity as valuable as tummy room at a potluck.