The kids and I took our bikes and jumped on the train and headed to the Abbotsford Convent that was to host the World Vegan Day celebrations again this year. It was only a short ride from the train station to the convent.
This year there seemed to be twice as many stalls and twice as many people. We had the opportunity to meet up with some wonderful Melbourne bloggers (you all know who you are - fantastic to meet you!).

I got to watch a couple of food demonstrations (well, one really. I was watching one demonstrating a cheesecake and I was at the front of the mob of people and 10 minutes in I could hear my children at the back, as loud as could be -"There's Mum! She's in here!" I decided at that point I had better leave quietly or risk being embarrassed by them again!). I managed to watch a raw demonstration with Chef from Le Cru. It was scheduled for 1 hour and it went for one hour! About the first 40 minutes was him talking! Ugh! Anyway he made a raw avocado chocolate mousse. He kept having little 'digs' at vegans choosing to abstain from honey, which is fine, I suppose, as that is his opinion, but just demonstrate the recipe FFS! 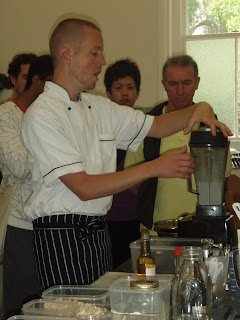 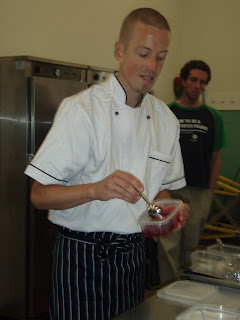 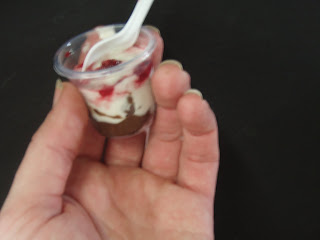 Anyways, it was nice. Sorry about the crappy photo with my little point and shoot! I took a million of them and I still couldn't get a clear shot!

Here are some more photos. Also included is a rare photo of me! I NEVER take photos of myself, let alone post it on a public space!! 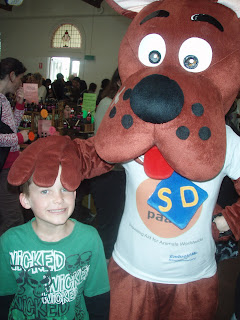 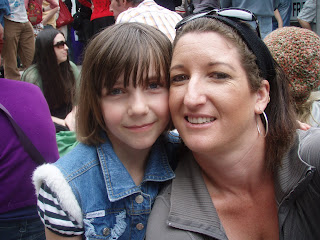 Nice to meet you and your kiddies, Tahn! Le Cru, why do they have a *bleeps* stall at *bleeps* world vegan day when they say vegan are all dirty hippies and don't buy things?

Oh do they?? I am so in the dark about most things!! Thanks for the heads up, Toby! I'll avoid them now! Was considering going to a raw cooking class by the same chef but now...

i have a big problem with le cru. the owner is a real piece of work. i went for a job there before it opened and she specifically requested staff never to use the word vegan because she didn't want any "dirty hippy raw foodist connotations" and also that "vegans never buy anything anyway" hello!!! cashing in on vegans when it's convenient and ridiculing them at other times is not cool. Also they put honey in they store-made nut milk (the only milk they have available) and don't tell anyone because "most vegans eat honey anyway"

not cool. but that's my beef!

It was nice to meet you and your kids, Tahn! :o)

It's a vegan festival on World vegan Day and he had the nerve to lecture vegans for not eating honey, very disappointing!

But I bet the rest of the day was fun!

wow youre kids are too cute tahn! xo