Tonight we were heading down to my Sister's place in Seaford. Every time we head down that way, we pass the Mr Natural Vegetarian Pizza shop and I decided that we would stop for a pizza and check it out.

The 3 kids got a small each and piggy me got a medium pizza. I chose the pumpkin pizza after a lot of deliberation. Minus the olives, of course! And with the addition of the vegan cheese instead of the feta. 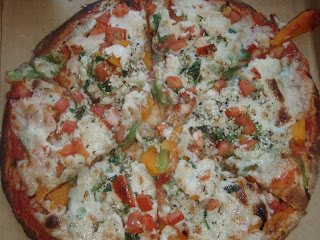 Tweenie wanted to try the potato pizza, but somehow that got a bit mixed up with Baby's pizza. Maybe it was because we were having a good chat with the lady who worked there. 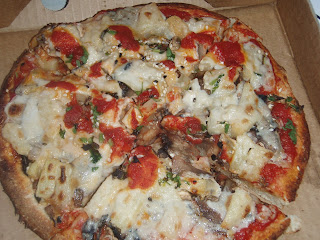 Tweenie's pizza (which was really Baby's with extra stuff for Tweenie) 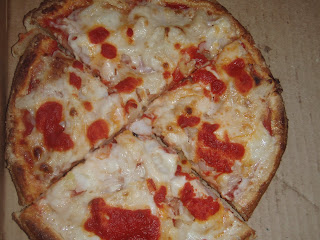 Baby's pizza which was really Tweenie's. Confused yet? 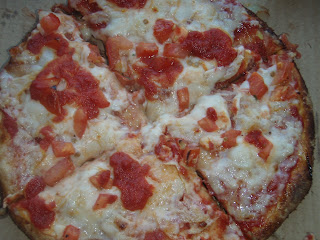 The pizzas were yummy although for the 3 small and 1 medium pizza it cost us nearly $45! The extra cost for vegan cheese is a killer. I would definitely return (to try the other toppings) but not as often as I would like as it is a bit costly for a scrooge like me!

woah, that's a LOT for pizza! but it does look delicious...