For dinner tonight I enlisted the help of Tweenie. I put her in charge of Nut Butter Potato Croquettes. I, meanwhile, took the easier job of Garlic Roasted Cauliflower. Tweenie organised the mash potato and kumera, then prepared the rest. When the potato was done, she mashed it then stuck it all into her bowl but it was waaaaayyyy too much spud! So the Nut Butter Potato Croquettes didn't really work out but was ok, maybe something to try again at a later date. I would cook the onions first next time, as I am not a big fan of raw onion, and Tweenie had chopped it up quite large. Never mind, it was a good effort. Meanwhile, I temporarily forgot about the cauliflower, so it was a little 'brown' in places but delicious! We have never had roasted cauliflower before and I will definitely do it again. Again, it wasn't until I took the photo of tonight's meal that I realised the monochrome colourings (again!). Could have done with a nice large salad, but didn't - for 2 reasons. 1. Lazy. 2. Not much left in the fridge (vege run tomorrow). Mostly it is because I am lazy :) 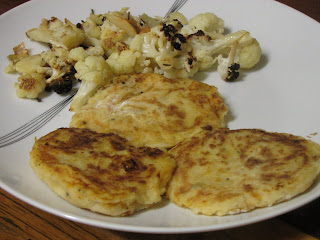 Also, on the raw side of life, I found this recipe from the Choosing Raw website for Zucchini Hummus. I halved the recipe and it still made a shite load! 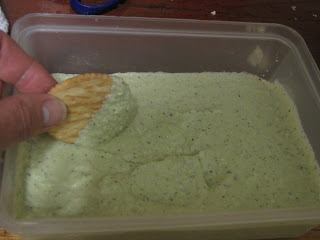 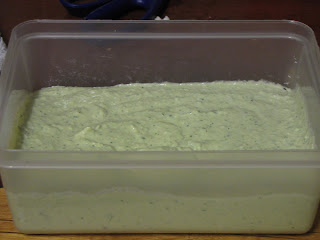 It was nice, different. I only had a few dips, but I could get used to it. Tweenie loved it but she loves everything! YM wouldn't even try it, and Baby didn't like it at all.

Well I went around to my local schools today and I hit the jackpot with one school! Most schools go through an agency, which I am not keen on doing. But the last school I went to find their own CRT's and out of the next 15 teaching days I am already booked for 10 days with this one school! Scored! First day back, Monday, Preps - my favourite!!

Thanks for stopping by my blog. Yours looks pretty nice as well.

Kudos for trying to go raw one meal a day. I would have a hard time doing that, since I don't even have a decent blender. And don't worry about monochrome dinners. I eat so many leftovers, my meals all look the same at the end of the week.

Roasted cauliflower is my absolute favourite way to eat cauliflower - I love it! The dip looks good too.